Our country had 1.2 billion mobile subscribers in 2021, including around 750 million smartphone users. Again, Bharat is the world’s second largest mobile phone manufacturer after China. And we can assume that with the current rate of growth, we are not far from becoming the world’s leading handset market. According to the Indian Cellular Association (ICA), annual mobile phone production in the country has increased from 3 million devices in 2014 to 173 million mobiles in 2021. Bharat now accounts for 22% of global mobile phone production with the Indian smart phone market. revenues topped $38 billion in 2021, growing 27% from 2020. Today, the telecommunications industry is one of the top five job creators in our country.

To increase its own market share, Chinese mobile phone manufacturers have implemented an umbrella brand strategy. This strategy allowed them to follow different approaches for different product lines. Again to counter the new policies introduced by the government of Bharat, they localized their production. This has made Bharat the second largest mobile maker after China, but there are side effects to the same achievement. Today, almost all renowned mobile phone brands manufacture their devices in Bharat. But it has also hampered the growth of Bharatiya mobile brands.

Bharat has banned Chinese smartphone makers from selling devices cheaper than Rs 12,000 to revive its faltering domestic industry. The move threatened Chinese brands like Xiaomi, which has a 26% share of Bharatiya’s mobile market. Smartphones under Rs 12,000 contributed a third of Bharat’s sales volume for the quarter to June 2022, with Chinese companies accounting for up to 80% in this segment.

“Xiaomi smartphone shipments could drop 11-14% annually, or 20-25 million units, with sales down 4-5%, according to our calculations, if India enacts a sales ban retail mobile phones made in China for less than 12,000 rupees. . It accounts for 25% of the segment in India, which is Xiaomi’s biggest overseas market, with 66% of its smartphones priced below 12,000 rupees, according to IDC.

It used to be that Bharatiya mobile makers like Lava and Micromax accounted for half of smartphone sales before new Chinese companies disrupted the market with cheap, feature-rich mobile phones. Bharatiya brands like Micromax, Lava, Xolo, Karbonn, Spice and Intex. All of these companies were doing well before 2014. At least they weren’t suffering losses. Micromax and Karbonn were the main companies in 2014. These companies also sponsored several cricket series. At that time, Xiaomi, Oppo and Vivo were still in their infancy. And Samsung, Micromax and Apple dominated the mobile market. India’s smart enterprise market share has fallen to less than 2% over the past six years. Surprisingly, despite the political tension between Bharat and China, Indian companies have not been able to take advantage of this situation. It is pertinent to mention that Micromax once overtook mobile phone giant Samsung in 2014. Unfortunately, it could not maintain its momentum. And meanwhile, Chinese mobile makers were entering the Bharatiya market. The downward trend of Bharatiya mobile manufacturers in Bharat mobile market can be considered as: 2015 – 16%, 2016 – 11%, 2017 – 5%, 2018 – 5%, 2019 – 1%, 2020 – 0, 2 percent. This is a very disappointing trend. Despite Prime Minister Modi’s call for “Vocal for Local” and “Make in India”, Bharatiya mobile makers are unable to carve out the lion’s share of their domestic market. It is disgusting, how are we going to make the dream of a “self-reliant India” a reality without getting our real share in all spheres of the business world including the mobile manufacturing industry. This is perhaps the reason why the former vice president and general manager of Xiaomi India dares to say that the boycott of Chinese products is only on social networks and that it is the result of a mentality of crowd. Although this statement is completely unacceptable, it clearly reveals some hidden messages. Now the question arises as to why Bharatiya brands are lagging behind their foreign counterparts? What are the main reasons?

Bharatiya smartphone companies haven’t done anything new that can compare to Chinese companies. When Micromax, Lava, and Karbonn had enough money to invest in manufacturing plants, research, and development, they could have created their own software companies that would develop innovative built-in features, but they did nothing. Not only that, they were getting their devices from China. Our Bhartiya companies just wanted to make money as fast as possible. But, this idea completely failed. Most of the Bhartiya smartphone brands operated with a profit margin of 20-30%. It is much more compared to Chinese players. Xiaomi is always making less profit because they want to create a market where consumers love their products. All Chinese brands operate their business with only 5% profit margin. Chinese companies work on the basis of economy of scale, which means they manufacture millions of smartphones and ultimately reduce the overall manufacturing cost. This is the main reason why Chinese companies are able to sell their smartphones at lower prices. Bharatiya players will need to understand this basic principle of production.

Bharatiya smartphone companies haven’t done anything new that can compare to Chinese companies. When Micromax, Lava, and Karbonn had enough money to invest in manufacturing plants, research, and development, they could have created their own software companies that would develop innovative built-in features, but they did nothing.

The initiatives taken by the government cannot be blamed. During the Corona period, we expected that after this outbreak, Bharatiya Mobile brands will come up with new strategies and plans, but nothing happened in 2021 and 2022 as per general expectation. To counter the “Make in India” campaign, Chinese companies have started setting up assembly plants in Bharat. And it has proven beneficial for them as it reduces taxes and transportation costs for Chinese companies. Bharatiya brands could not understand this and they continue to manufacture their products in China. It is also a bitter truth that Bharatiya smartphone brands do not have their own manufacturing plants. All the companies were buying phones from Chinese manufacturers and selling the phones by simply marketing them. This way they lose the trust of Bharatiya’s customers. Again, when 4G was introduced, Bharatiya companies were not ready for it. And the Chinese players have taken advantage of this and they have conquered the market. We will need to take a serious look at ongoing technological developments and ever-changing consumer demands.

Now a question arises, what can be done to combat this challenge? First, we should reduce imports and localize manufacturing. This has been achieved to some extent, but not satisfactorily. Going forward, the cluster manufacturing model enables the development of interconnected products and resources in any particular area. Again, once businesses are in recovery mode, research and development investment in this direction is expected to gain momentum. We will have to understand that only a profitable and discounted strategy is not enough. Innovation is also essential to establish itself as the new brand that seizes consumers and builds loyalty. If Industry 4.0 was in the spotlight before the crisis, its importance in giving businesses a competitive edge and driving innovation would only have a greater impact in the post-crisis world. The government also plans to set up semiconductor manufacturing plants in Bharat. More than 20 semiconductor manufacturing and design companies in high-end, display, and specialty manufacturing have reportedly submitted an expression of interest (EoI) to establish manufacturing plants in our country. Mobile manufacturers in Bharat should take advantage of this opportunity to become self-sufficient in this field.

Here we must note that in today’s world which depends on a globalized economy, 100% indigenization is impossible. We depend not only on China for components, but also on the United States, Japan, South Korea, Taiwan, Vietnam and many other countries. It is a fact that to be “AatmaNirbhar” (self-sufficient) in any field, especially in technology, we will have to invest, increase R&D spending and focus on skilled manpower. Reliance Jio started working on it. In the coming years, all Bharatiya mobile brands should seriously consider the points mentioned above. Money lending companies should also think about this issue and try to support Bharatiya mobile companies by offering more attractive offers especially for Bharatiya brands. Again, cellphone manufacturers need to understand that profit is not the first step of business, but the end goal. We will also need to understand the demand from all market segments and learn from the mistakes made by the big giants in the same industry in the past and also take the adoption curve, if necessary. “We didn’t lose, we missed the bus. And now a new bus is coming” Shri Sunil Raina, President and CEO, Lava International. He is confident that the Bharatiya smartphone companies will make a strong comeback even after losing the early rounds to Chinese mobile phone makers. 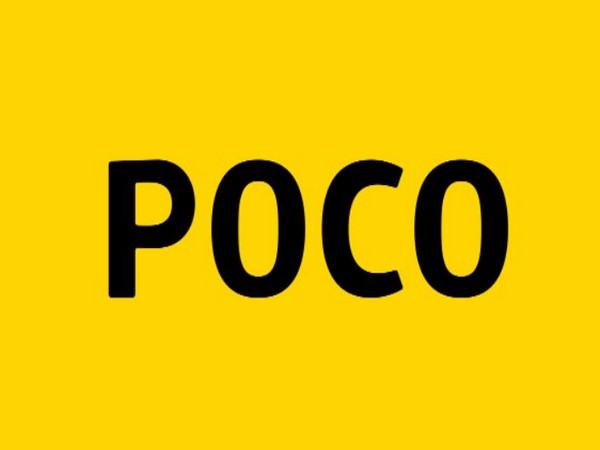 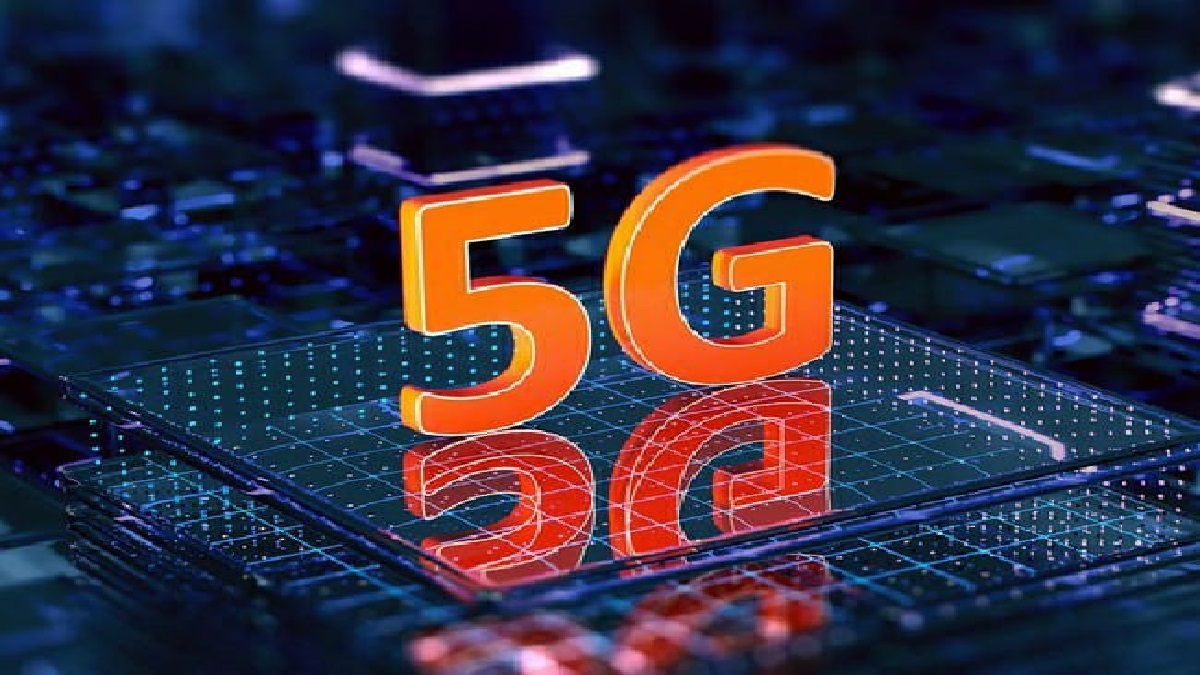