The Honorable Minister of Communications and Digital Economy, Prof. Isa Ali Ibrahim Pantami, said the Federal Government had to suspend the five percent (5%) excise duty on telecommunication services following the multiple taxes that the sector is already facing.

Recently, the Minister of Finance, Budget and National Planning, Dr. Zainab Ahmed announced that an excise duty of 5% would be levied on telecommunications services such as voice calls, short message services ( SMS) and data services.

This announcement shook the actors of the telecommunications sector who quickly alerted on the danger of such an additional tax while the sector was already bleeding multiple taxes and rights at all levels of government. If the calls had stayed, telecom subscribers would have paid N12.95,000 per second of voice call.

The Honorable Minister, who was not formally consulted or communicated by the Ministry of Finance prior to the announcement, also voiced his opposition at a public event in Lagos recently. Professor Pantami, who oversees the director of telecommunications and digital economy sector policy, did not take the matter lightly as he promptly wrote to President Mohammed Buhari to halt implementation.

He recalls that the immediate suspension ordered by Mr. President followed his request as President of the Presidential Council on the Digital Economy and E-Government, as the policy has the potential to have a very negative impact on the sector of the digital economy, and in particular on telecommunications, which is already overloaded with a plethora of taxes totaling around 41 categories.

He said some of them are multiple taxations because other tiers or levels of government were imposing the same levies that mobile network operators (MNOs) had already paid to the federal government.

Announcing the suspension of the tax, Pantami said: “It is thanks to my intervention that the president has answered my prayers. He not only granted the immediate suspension of excise duties in the digital economy sector, but also approved the formation of a committee to carefully consider the matter and advise accordingly.

“The President has appointed me to be his eyes and ears in the industry and it is my responsibility to ensure that we are fair and equitable to operators, government and most importantly our people who are consumers,” said added the Minister.

Explaining how he got the president’s ears to suspend the tax, Pantami said he petitioned the president and reminded him that excise duties are usually set on luxury goods.

“Excessive taxation has been a central challenge of the information and communications technology sector,” he said, arguing that it is unfair to overburden such a sector which is so central to growth and development. of the nation and especially because the sector rarely receives subsidies that other sectors have benefited from.

“Despite the spiral of inflation and production costs, especially the energy factor, network service providers have not increased the prices of services. I challenge the gentlemen of the press here present to name a sector that has not seen an increase in service prices in the last three years. Only in telecoms have prices held steady,” he said.

Following the suspension of the 5% excise duty on telecommunications services by President Buhari, Pantami, who inaugurated the committee, which he chairs on the directive of President Muhammadu Buhari, along with the Minister of Finance, Budget and National Planning, Dr. Zainab Ahmed as a member, said the decision on the suspended policy will be taken after the committee completes its report.

The national chairman of the Association of Licensed Telecommunications Operators of Nigeria (ALTON), Engr Gbenga Adebayo, said the suspension was a victory for subscribers who would have borne the brunt of the tax. He said: “The news of the suspension is welcomed. This shows that the government is listening to the grievances of the population and is always ready to do everything to increase penetration.

“If the tax remained, the burden would be passed on to subscribers and it would have imposed untold hardship on them. It’s actually a win for them. I want the government to listen more and make decisions that will improve our pursuit of a digital economy. More of these types of decisions will show that Nigeria is ready to use ICT to build the economy,” he added.

Why FG should support the telecommunications sector

Pantami recalled several positive developments in the sector that need to be sustained through government support. “Three unprecedented positive developments have occurred in the digital economy sector over the past three years. In the last quarter of 2020, ICT alone, not counting digital services, contributed 14.70% to GDP.

The Minister also recalled that “the 5G spectrum auction conducted by the NCC in December 2021 brought in $547 million. This is on top of the billions of naira of spectrum and other fees paid into federal government coffers by the Commission.

The Executive Vice President of the NCC, Prof. Danbatta, in his address commended the Minister for the leadership and direction of the industry. “The Minister led from the front, including this effort to ensure that this meeting took place. Accordingly, we will do our best to make the most of this mission for the benefit of the citizens of Nigeria.

Previous How the destruction of infrastructure affects the gains from telecommunications liberalization - NCC, Telcos 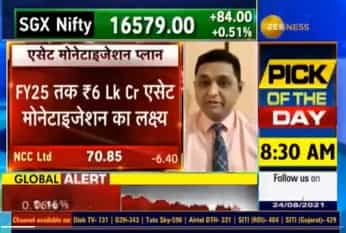